The Social Network - A Film Review 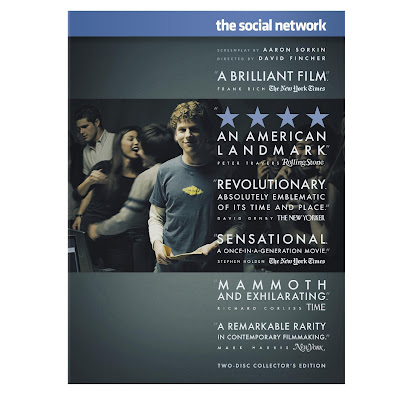 Hey everyone! I am no film critic, but I feel that I have to share with you just how AMAZING I think this film is. I have recently joined LOVEFILM, and this was the second DVD that I have been sent as part of my monthly subscription. Normally, my attention span is not the greatest when settling down at home to watch a film, but right from the start this film had me hooked.

In short, The Social Network dramatises the creation of Facebook by the now-famous computer super-geek Mark Zuckerberg, and raises the question as to whether the concept of 'Facebook' as it is today it was even his idea in the first place. I wont go into much more detail, as I hate film spoilers, all that I can say is that this film is well worth a watch!! I am also aware that this film is has been out a while, but for those of you who, like me, are never the first to rush out to watch the latest film release, it comes highly recommended. 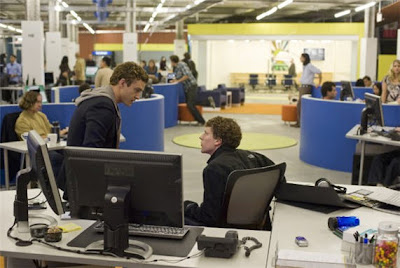 Now for the Official stats, it grabbed four major Golden Globes, and won three Oscar Academy Awards. And if this isn't enough to encourage you, fans of Justin Timberlake will be pleased to know that he makes a (somewhat half-dressed at times) appearance!
Posted by Beau Flutterby at 12:20