Recently, my most favourite everyday mascara - Clinique's High Impact - ran out :-( I always re-purchase the same one, and have done over and over again for the past 5 years or so, simply because it works for me and I am content with it. It applies easily, gives my lashes a longer, fuller look, stays put for hours, and washes off easily. This time though, I thought it was time for a change. 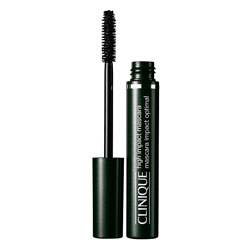 There are two things about a mascara that I don't like: Waterproofing and/or a Thermoplastic Brush. I have very sensitive eyes, and if a mascara/eye make-up takes alot of rubbing to remove, my eyelashes wont withstand the friction and simply fall out in their masses. Bald eyes are not a good look! No amount of mascara can make a sparsely eyelashed eye look anything short of awful. This is the reason I also don't like make-up wipes (for me, you just cant beat good old cleanser & water!). And Thermoplastic Brushes really don't tickle my pickle because I feel that they clump my lashes rather than separate. Its like they just don't have enough bristles!

I had a little scout around Boots, Debenhams and John Lewis, and the first mascara that I debated on was the Benefit 'They're Real'. This is apparently the UK's best selling mascara, with really good reviews received online. However, it has a thermoplastic brush and its waterproof, making it a big no-no for me. 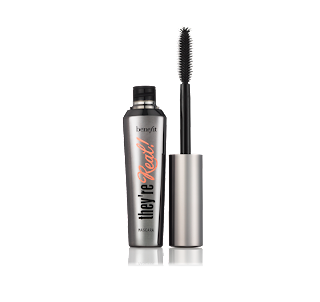 I then had a look at the Shocking Mascara by Yves Saint Laurent. This is obviously a more high-end, and needless to say more expensive mascara. I have heard many good reviews, but for an everyday mascara, the price put me off. I wasn't sure that I could justify spending £23.00 on a mascara to wear simply for work, despite the nylon bristles and it being non-waterproof. 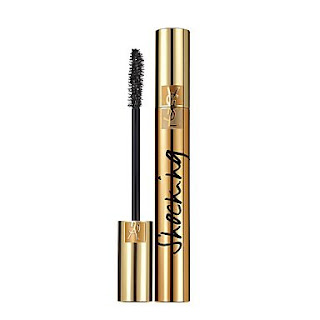 Then I remembered a mascara I used to wear alot quite a while back that, for a long time, was my favourite. The Big Fatty Mascara by Urban Decay. As I remember it, this mascara made my lashes look full and lengthy. It also removed easily with a simple soapy cleanser and water. So, with my mind made up, I took myself off to my local Urban Decay Counter. Here is where it all goes pear-shaped...

You know sometimes, when you have likes/dislikes about a certain type of product that you need to question before purchase to make sure that that product is right for you? Yet 'enthusiatic' shop assistants that are quite excitable start to rant about several other products that they think you'll love instead, which in turn makes you forget those questions you initially had lined up, and you end up blindly purchasing a product? Well, this is exactly what happened to me! I was met by a very 'enthusiastic' assistant with what she described as 'lots of time on her hands'. To be fair to her, it was not far off closing time on a Friday evening, but she got my mind in a spin from the offset. All I wanted was to purchase the Psychadelic-look Big Fatty Mascara that I knew and loved: non-waterproof with a nylon brush. I asked if they still made the Big Fatty Mascara, which she said they did, and then continued with the hard sale. I remember thinking that the packaging of the Big Fatty Mascara had changed, and commented on this (in-between her throwing random details about other products at me) but she just nodded politely. I assumed the packaging had just had a revamp. A Brush, Lipgloss, Eyeshadow pencil, the said mascara and almost fifty quid later I was free to leave. Phew. 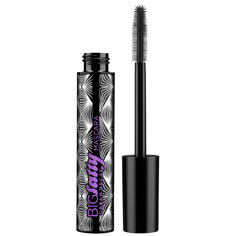 It was only when I arrived home that the true disappointment started to set in. On opening the mascara box, it was evident that the tube was round and not square. Not such a big deal I suppose, but this started off a feeling of something not being quite right. I then opened the tube, and found a THERMOPLASTIC BRUSH. I wanted to cry. Literally. I just felt liked I had wasted £15.00. I relayed this disappointment to my sister, who suggested I just give it a go, in the hope that it may not be that bad. Unfortunately, it was. The following day I used the mascara, and I have to say that there was nothing 'WOW' about it at all. My eyelashes looked barely covered in mascara, despite a few coats, and were anything other than volumised and curled. To add further insult to injury, when I tried to wash it off about 12 hours later it wouldn't budge. Literally. I tried Liz Earle Cleanse & Polish, Eye Make-up remover lotion, and good old soap and water. IT WOULD NOT BUDGE! In the end I had to resort to picking it off?! And lost many an eyelash in the process, making me a far from happy bunny. I guess you could say the upside of this product is that it is a really good waterproof mascara!! 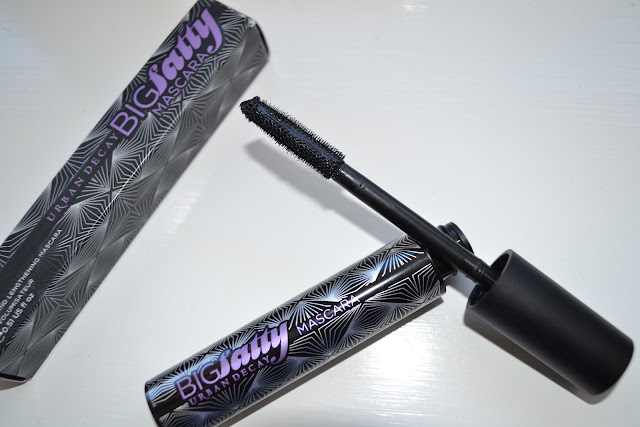 The other alarming thing about this product is that it is not advertised as being 'waterproof'. This word is nowhere to be seen on the outer packaging or the tube itself. It is not even advertised as being waterproof on the Debenhams or the urbandecay.com website. It says it is smudge-proof, flake-proof and ultra long wearing - but NOT waterproof! Maybe I am just being silly and not reading enough into this? But lots of non-waterproofs claim to be smudge-proof, flake-proof and long wearing too. I want to kick myself! And WILL NOT make this mistake again!!

So girls, please learn from this experience. Despite the fact that you now know how rubbish a mascara this is, don't allow yourself to be fooled by a sales assistant that just wants to sell a high volume of stock. Keep your cool, stay focused on the product that you want to buy and make sure that you ask all of the necessary questions to ensure that the product you purchase is right for you. You are the one who works for that hard earned cash you spend after all!!

I am now on the hunt for another mascara, any suggestions?